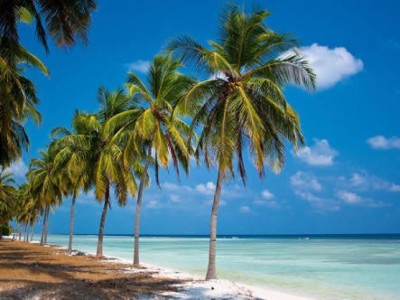 Kudumbashree will lead the women empowerment activities aiming at the financial stability of the women of Lakshadweep, the union territory under Government of India. Agriculture Department of Lakshadweep had contacted Kudumbashree Mission for giving advices for starting micro enterprises focusing on value added products from coconut, which is available in plenty at Lakshadweep.

As a start, micro enterprise units will be started in Kavarati. For this, 135 women groups comprising of 8 women each had already been started. Kudumbashree will give training to the women of Lakshadweep on Micro Enterprise formation, its successful co-ordination and various other topics. It had already been proved by Kudumbashree that, women groups can start Micro Enterprises and can attain financial stability out of that. 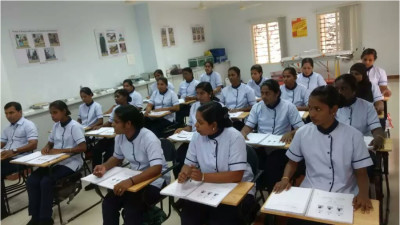 Kudumbashree will give skill training to 15,000 urban youth through the centrally sponsored programme National Urban Livelihoods Mission (NULM). Kudumbashree is the nodal agency of NULM in Kerala. The programme started in last financial year had given work order to 22 new programme implementing agencies. Therefore through 45 agencies, skill training will be given to 15000 youth of 93 urban areas in Kerala. The assistance of the agencies will be assured for for finding jobs or starting new enterprises of their own.Loan of Rs 2 lakh & Rs 10 lakh will be provided to individuals and group of young entrepreneurs respectively at a rate of 4%.

NULM had been given training to people those who have completed eighth standard upto graduation level. The courses are of 3 to 8 and half months duration which are approved by National Council for Vocational Training (NCVT) or National Skill Development Corporation (NCDC). Food and Accomodation will be provided absolutely free. If the courses suiting one's aptitude is not available at their own region, residential training will be arranged in other urban areas. On contacting the Nearby NULM units, one may easily get the details of the programme. 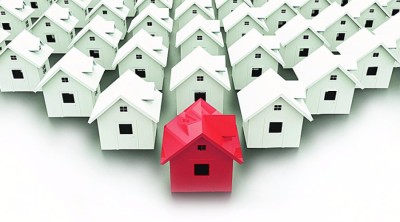 The project for issuing Houses for those who have atleast one cent of land gets state wide approval in 34 urban local bodies. Therefore everyone who own plots in urban local bodies will get houses of their own. The programme is implemented by PMAY(U) - Pradhan Manthri Awas Yojana (Urban) Programme under Central- State Ministries working with the mission of achieving 'Housing for All'. The suggestion regarding this was put forward by the State Level Sanctioning and Monitoring Committee chaired by Dr K. M. Abraham, Chief Secretary, Government of Kerala. The same has been already put forward by the State Level Advisory Committee presided by Shri T.K Jose IAS, Principal Secretary, Local Self Government Department, Government of Kerala. The 34 ULBs identified the homeless in their places who had atleast one cent of land and proposed projects for them and secured approval for the same. Approval for building 21,199 houses has been issued. Therefore approval has been secured for building a total of 58,117 houses in the state. Kudumbashree is the nodal agency of PMAY in Kerala.

Anthoor, Chalakkudy, Chavakkad, Chengannur, Cherpulassery, Chittor- Thathamangalam, Erattupetta, Ettumanoor, Guruvayoor, Irinjalakuda, Kalamassery, Karunagappally, Kattapana, Kodungaloor, Koothuparamb, Kothamangalam, Kottarakkara, Mavelikkara, Moovattupuzha, Ottpalam, Pala, Panoor, Parappanangadi, Pattambi, Perumbavoor, Punalur, Shornur, South paravur, Thalassery, Thiruvalla, Thodupuzha, Vaikom, Valanchery and Varkala are the urban local bodies who submitted the plans and secured state wide approval for the same. It has been suggested to submit a detailed list of the homeless in 93 urban local bodies will be submitted before 9 November 2017. When 13,000 houses in these ULBs get approval, houses will be issued for those who have atleast one cent of land. The land less people in the urban areas had also been identified. By the next financial year, houses will be allotted to them as well. Therefore, no one would be left in Urban areas as homeless.

The programme allows 3 lakh rupees for building Houses. One and half lakh rupees will be met from the Central Government fund. The rest will be met from the State Government and Local bodies fund. The construction of 229 houses had been finished so far. Construction of 12,168 houses has been progressing. The programme is framed, including the factors such as Colony development, credit linked subsidy, affordable housing scheme and personal Construction.As per this years programme, 30,000 houses will be finished. Kudumbashree aims to get approval for all plans for building houses this year itself. Therefore Houses for all who owns atleast one cent of land would be a reality then. 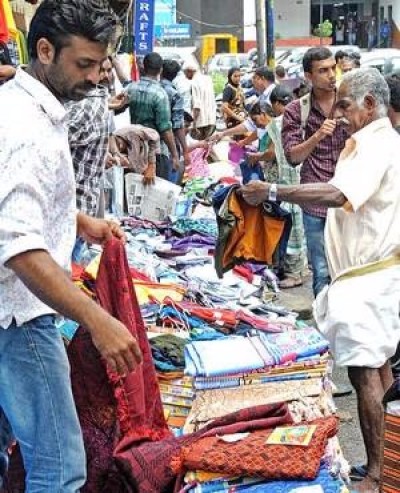 Identity Card distribution for all eligible street vendors in the urban areas is progressing in the state. The distribution is being executed as per the results of the survey conducted by NULM in the state through Kudumbashree. It is planned to complete the identity card distribution by 31 October 2017.

In the survey conducted by Kudumbashree in 93 Urban Local Bodies in the state, 19863 street vendors were identified out of which 16896 are men, 2966 are women and one is a transgender. ID cards will be distributed to all of them. Till now, ID cards have been distributed 1924 street vendors of 11 Urban Local bodies. Aadhar Number, Phone Number, details of the things they sell, the street where they sell etc will be notified in the ID card. 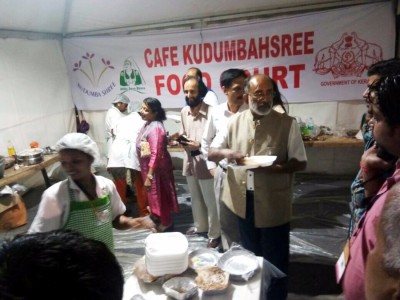 Kudumbashree shines at Bharat Parv, event organised by Ministry of Tourism at Rajpath Lawns, near India Gate, New Delhi from 23 -25 October 2017. The event was inaugurated by Shri. Rajanath Singh, Minister of Home Affairs, Government of India. Shri. Alphonse Kannamthanam, Minister of Tourism, Government of India presided over the function.The event celebrated the rich cultural, ethnic, cuisine diversity of India and to exhibit India's richness of cultural diversity before world and thereby promoting the tourism prospects of India.

Paryatan Parv, an all India tourism promotion event was organised by the Ministry of Tourism from 3-25 October 2017. Bhaarat Parv was organised as part of Paryatan Parv. Traditional Art forms, cultural dances, ethnic handicrafts and cuisines was staged at this three day event.

Along the with traditional art forms and handicrafts, Kerala's ethnic range of cuisines were presented by the Cafe Kudumbashree units promoted by Kudumbashree Mission before the global and national gathering that visited the event place. Two Cafe units, each from Alappuzha and Kozhikode, exhibited the wide range of ethnic tastes particularly belonging to central Travancore and Malabar respectively. Cafe Kudumbashree food court got wide appreciation and very good responses from the masses gathered to view the celebration of India's culture. The food stalls of Kerala attracted the crowds for the entire duration of event.

Within March 2018, Gender Sensitization Workshop will be conducted for all officials of Kudumbashree Mission.

The workshop envisions to give clear awareness about gender equality to the officials of Kudumbashree. Through such training programmes, work place relationship between men and women could be improved and thereby could create a better work atmosphere.

During the time of organising programmes for NHG women, this awareness would undoubtedly help them. And thereby the awareness about gender equality can therefore be communicated to the NHG level.

Classes were given on the topics such as Personality structure of men and women, attitude towards women's development, Gender analysis-An introduction, stages of women empowerment, Gender- planning and observations, violences against women, the ways to resist such violences, the sexual discrimination women face in today's society, gender inequality, the social constraints that resists from attaining gender equality and the activities to overcome such issues.Mary Kappan and trainer Roshan Chandran led the classes.

'Manhole' directed by Vidhu Vincent was screened during the programme. 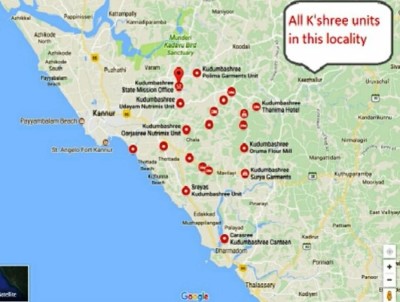 300 Micro Enterprises were marked in this manner with the help of CDS accountants and grama panchayath technical assistants.

A database including the basic details, the team strength and financial details of the Micro Enterprises were prepared in that manner. The fields in the data base included UID No., Name of the Unit, LSGD, Location, Products / Services category, number of employees, bank loan details, subsidy availed from Kudumbashree, loan availed from NHG, approximate sales revenue per month, approximate number of working days per month etc.

It is also planned to launch a mobile application incorporating these details with the help of National Informatic Centre.

Therefore the customers could easily get the Name, location, photo address and contact number of the Micro Enterprises in a few clicks. 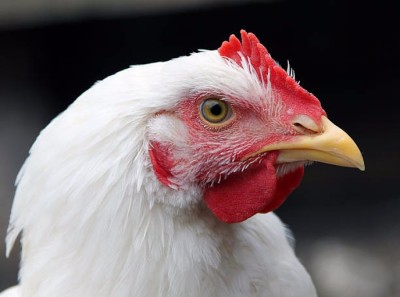 Kudumbashree, a pioneer in introducing collective group efforts by women self help groups is stepping in to contain the prevailing uncertainty in broiler production. Through the convergence with departments such as Kerala State Poultry Development Corporation, Animal Husbandry Department, Kerala Veterinary and Animal Sciences University and Local Self Government Department Kudumbashree Mission plans to launch Kudumbashree Broiler Chicken to the market.

As per existing Panchayath Livestock Farm licensing Rules 2012, poultry farms rearing more than 100 birds require licensing. The minimum area required for 15 birds is 1 cent and hence for 1000 birds this come to 66 cents.

By this project Kudumbashree envisages to provide safe, clean and healthy meat to the consumers and will ensure fair pricing of broiler chicken industry. 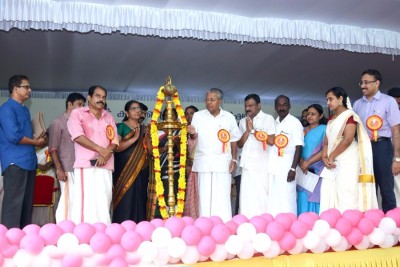 Kudumbashree School aiming at the personality development and social, cultural, educational empowerment of women was officially launched by Shri. Pinarayi Vijayan, Chief Minister, Government of Kerala at Penpol Ground, Vilappil Panchayath on 21 October 2017. "Kudumbashree Women should be more alert about the social disasters existing in the society and should try to become the hope and consolation of their own areas".Minister said.

Kudumbashree School, the informal education programme which is executed coordinating with the NHGs envisages to improve the intellectual quality of common women. For this, information on different arena are given to them. As part of the state wide launch, district wise launch was also planned and successfully executed in every district. Ministers, MLAs, MPs also took part in the programme. Kudumbashree school enables the women to be aware of the need of social commitment and equip them to be part of the campaigns against alcohol and drugs.

Through Kudumbashree School, the women will be made aware of the different programmes executed by Kudumbashree in the state. Kudumbashree Mission not only aims at the social, financial and cultural empowerment but also at the intellectual empowerment as well. The programme also aims at retrieving the indigenous agricultural culture of Kerala. 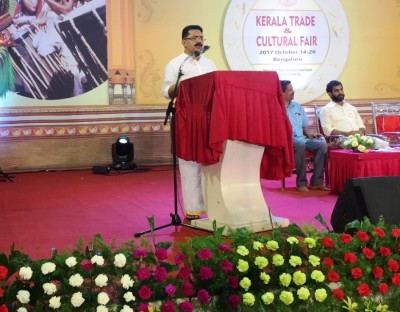 Kudumbashree shined at the fourth editions of Kerala cultural and trade fair organised by Information and Public Relations Department of Kerala as part of the interstate information and public relations event held at Bengaluru from 14- 20 October 2017. The trade fair was inaugurated by Dr K.T Jaleel, Minister for Local Self Government Department, Government of Kerala on 14 October 2017.

Kudumbashree had marked its scintillating presence at the event by hosting the Kerala food court delivering more than 30 unique dishes and 9 Product stalls with 400 plus products made by Kudumbashree women entrepreneurs. The total sales at the commercial stalls were around Rs 3 lakhs and that of the food stalls were around Rs 5.5 lakhs. 7 Micro Enterprise Consultants, 2 entrepreneurs and 30 women members from 9 cafe units participated at the fair.

Nine cafe units from Thiruvananthapuram, Kottayam, Ernakulam, Kozhikode, Malappuram, Kasargod and Kannur rendered all renowned local dishes with all the essence of being at home. A theme stall exhibiting the scale and scope of activities that Kudumbashree Mission had ventured into, to bring collective social change and empowerment was also set up at the fair. It also staged the premium product range of Kudumbashree and the journals to propagate learning about the organisation. The theme stall claimed many acclamation for its neat presentation and as the best kept stall at the event .

The 9 commercial stalls representing 9 participating district missions of Kudumbashree got good responses for bringing products with purity, homeliness and quality and was wholeheartedly welcomed by the Bengaluru Malayalees.