Year of start of the enterprise: 2017

Brief description of the business: Making and Distribution of Chapathi, Rotti and Pathiri

Future plans of the entrepreneur: To make Dosa batter and Idaly Batter and to procure equipments for the purpose 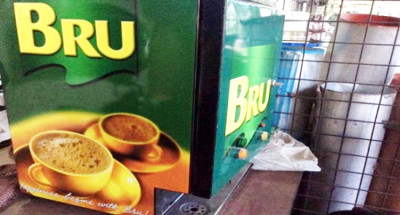 Year of start of the enterprise: 2014

Brief description of the business{ They cater coffee and tea in Neyyattinkara generalHospital.

Details of Sales: They have a annual turnover of 10 lakhs and above

What change the enterprise has brought about in their livelihood: Initially business was good but now GST makes price of coffee powder increased.

Future plans of the entrepreneur: To rent out more space from Hospital Authorities to increase the business. 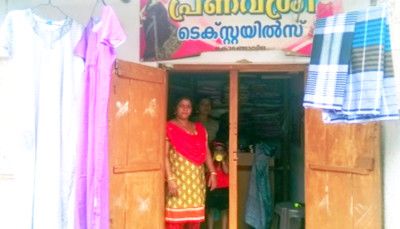 Year of start of the enterprise: 2015

Brief description of the business{ what they are doing and how income is generated} Sales of Materials of Churidar, Nighty etc. Ladies wear only

Details of Sales: They have a annual turnover of 5 lakhs.

What change the enterprise has brought about in their livelihood: She is now capable to look after her family without any support.

Future plans of the entrepreneur: To Increase the sales by increasing the variety and volume 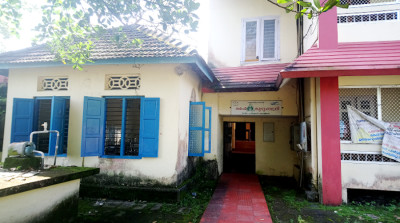 Enterprise started under NULM/SJSRY/ Others: SJSRY

Year of start of the enterprise: 2014

EDP training from MEC during the year 2014.

Name of bank which sanctioned the loan: Indian Bank Pathanamthitta

Brief description of the business:

The Kudumbashree PWD Rest House Cafe was started in the year 2014 with 7 Urban Poor members from Pathanamthitta Municipality .Initially the working capital was so high that at one point the group members have to pay Bank loan from their own fund.

But due to the timely intervene of Kudumbashree District Mission Team the working capital and other miscellaneous cost was able to be under control. The Leadership quality of Sugatha and Praveena helped the group top get orders from District Mission and other government office and other firms .The group have repayed the initial Loan of Rs.300000/- and with their good conduct they were able to open a Tea & Snacks KIOSK in the District Hospital Pathanamthitta .They took a second loan of Rs.500000 for expansion purpose.

The group members are able to earn Rs.500 per day and have the idea of starting a sub Catering Group to expand their business. 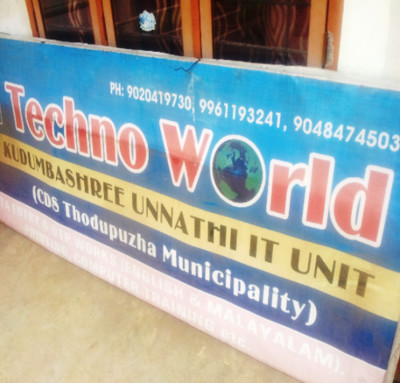 Name of bank which sanctioned the loan: Union Bank Thodupuzha

Details of Sales:. They are getting regular data entry works from Kudumbasree/ other projects.

What change the enterprise has brought about in their livelihood: Sheeja is able to make a good income out of Improve their life style.

Future plans of the entrepreneur: They plan to apply for a loan of Rs.3, 00,000/- for the development plan. They need a new photocopier and plan to move in new rented space which will be more accessible to the public 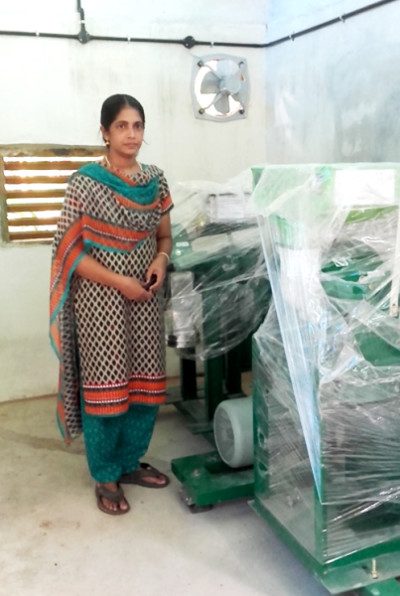 Number of Entrepreneurs: One

Year of start of the enterprise: Just availed Bank loan,starting on January 2018

What change the enterprise has brought about in their livelihood: loan just availed..planning to start business on January 2018

Future plans of the entrepreneur: expand the sales of food Products 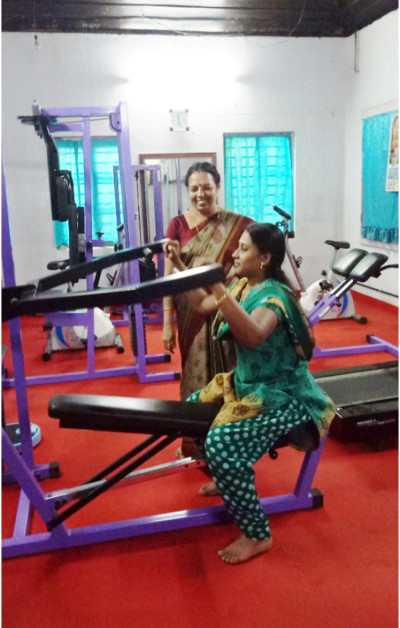 Name of bank which sanctioned the loan: IOB ,PATHALAM

Brief description of the business : Young & Beauty Health Club was started by 5 ladies who were associated with the ladies club of FACT, Eloor.The major customers are the ladies of FACT Township as Eloor is the industrial hub of Ernakulam where major industries are concentrated. The health club has all the necessary equipments and is open from 5 AM – 10 AM and 6PM – 8 PM in the evening. They charge a very reasonable user fee of Rs. 500 per month from the members & Rs.750 as one time registration fee.

Details of Sales: The entrepreneurs are earning an average monthly income of Rs.10,000.The members of the health club are ladies mostly at the age group of 20-40 and many are using the health club on advice of doctors.

What change the enterprise has brought about in their livelihood: This innovative thinking about ladies health club was materialized 4 years back, when the people of Eloor had never imagined about it. Mrs.Sobhana, the leader of the group says the health benefits coupled with the income generation makes them really satisfied with the enterprise.

Future plans of the entrepreneur: They are planning for an expansion with more modern equipments. Name of bank which sanctioned the loan: CENTRAL BANK, ALUVA

Brief description of the business{ what they are doing and how income is generated}This is a Sanitation group ,they going very well, Sanitation problem reduced after starting this, By this process they can earn so much money in good manner, they were happy about life going smoothly after running this. Every person earned 10000-11000 Income for every month

Details of Sales:Every person earned 10000-11000 Income on every month

What change the enterprise has brought about in their livelihood: By this process they can earn so much money in good manner, they were happy about life going smoothly after running this

Any other information: I have realized the value given by the family for government scheme. 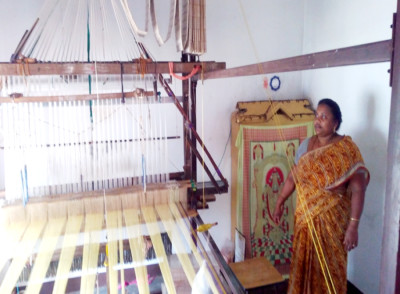 Year of start of the enterprise: 2013

Brief description of the business: The total floor area in woven unit is about 75 sft spanning over in two rooms. This area comprises of Machine area, finishing section and finished goods space. The total floor is equipped with adequate lighting and ventilation systems. They are woven different varieties of sarees based on the order received from Tamilnadu.

Details of Sales: Each person in the unit get an income of Rs.6,000/- per month.

Future plans of the entrepreneur: To set up the unit with more facilities, To produce more finished goods for better earnings.

Any other information: Devangapuram is a place where a good number of small woven units 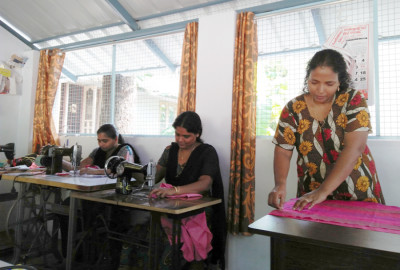 Name of bank which sanctioned the loan: Indian Bank

Brief description of the business : Shalom Boutique was started by a group of five members from Power house ward. They are mainly under taking the stitching of ladies dresses .They are also taking clothes from Ernakulum at wholesale rate and stitching nightdresses for women and selling it .

What change the enterprise has brought about in their livelihood:

The enterprise was only just five months old .So it is not a proper interval for assessing the income generation and profit .They are only in a toddle stage, so there is not a huge income for them .Even though, they are getting an average of Rs 10000/- as an overall profit

Future plans of the entrepreneur: They are in an idea of extending their business for that they need further skill trainings .To extent their business they are also trying to get some orders from the readymade dress makers