Rajiv Awas Yojana (RAY) project, a flagship project of Ministry of Housing and Urban Poverty Alleviation, launched by Hon’ble president of India on June,2010 envisages a “Slum Free India" with inclusive and equitable cities in which every citizen has access to basic civic infrastructure and social amenities and decent shelter. The project aimed at tackling the issues of slums in a definitive manner, by focusing on:

Bringing all existing slums, notified or non-notified (including recognized and identified) within the formal system and enabling them to avail the basic amenities that is available for the rest of the city/UA;

Redressing the failures of the formal system that lie behind the creation of slums by planning for affordable housing stock for the urban poor and initiating crucial policy changes required for facilitating the same.

The scheme was launched in the state in 2011 with Kudumbashree as state level nodal agency. All the 6 corporations in the state were selected under RAY in the state.811slums in the 6 corporations were covered under the scheme. Detailed socio economic survey was conducted and database of 43663 slum dwellers have been prepared as part of the project in the state .Slum Free City Plan of Actions, which are city level action plans with investment requirements projected and prioritized for upgrading the existing slums and preventing new slums with a 15 year perspective have been prepared. Slum Free City Plan of Actions of Thiruvananthapuram,Kollam,Thrissur,Kannur and Kozhikode corporations have been submitted to Ministry of Housing and Urban Poverty Alleviation.

The Ministry has approved Detailed Project Reports of 5 slums of Thiruvananthapuram, Kollam, Kochi, Thrissur and Kozhikode Corporations. Total project cost approved in 5 ULBs is 16074 Lakhs, out of which Rs.6232 Lakhs is Central share and Rs.4242Lakhs is the State Share. An amount of Rs.3626 Lakhs has been released (Rs.2892 Lakhs as Central Share and Rs.734 Lakhs as State Share ) to SLNA ,out of which Rs.3508 Lakhs has been transferred to the concerned Urban Local Bodies which are the implementing agencies . Expenditure incurred till date is 2223.58 Lakhs.

As per the approved projects 1892 new houses are envisaged ,in addition to renovations of 267 houses and physical infrastructures like roads and social infrastructures like anganwadis. As of now construction of 115 houses has been completed and 815 are in progress. In June,2015 Government of India has subsumed Rajiv Awas Yojana project with “Housing for All” by 2022 scheme. 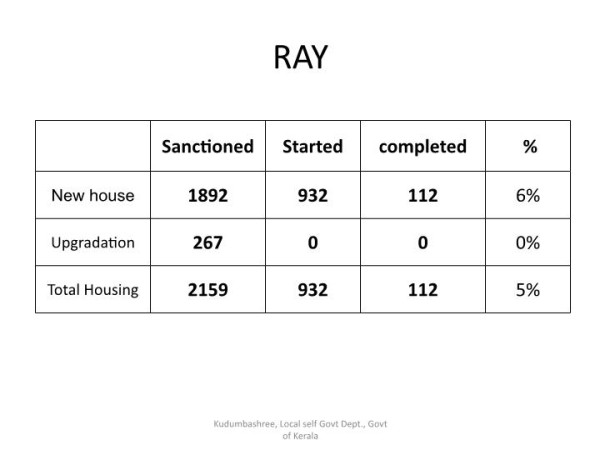 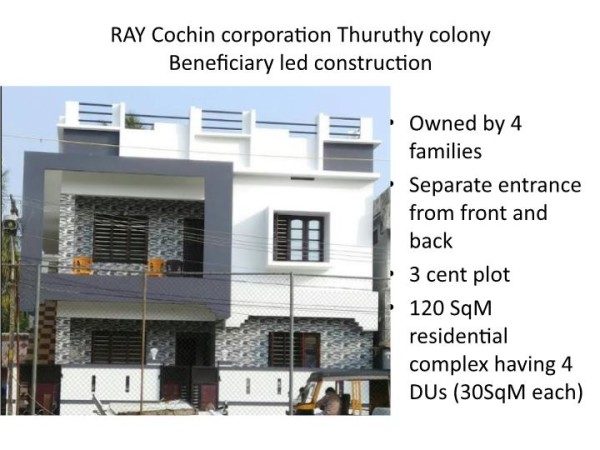 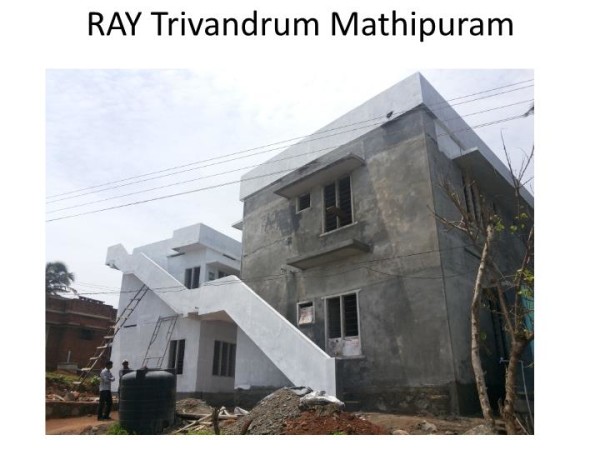 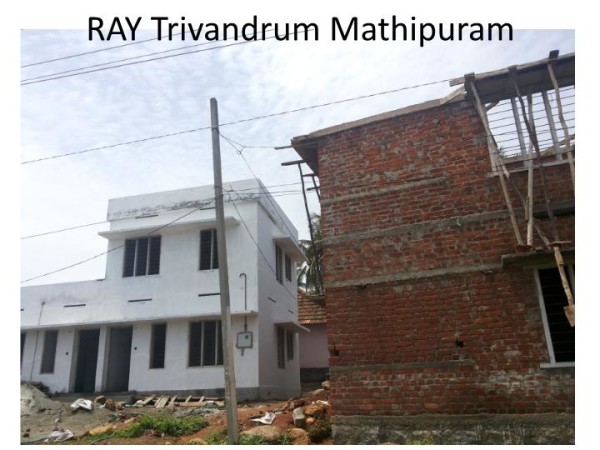 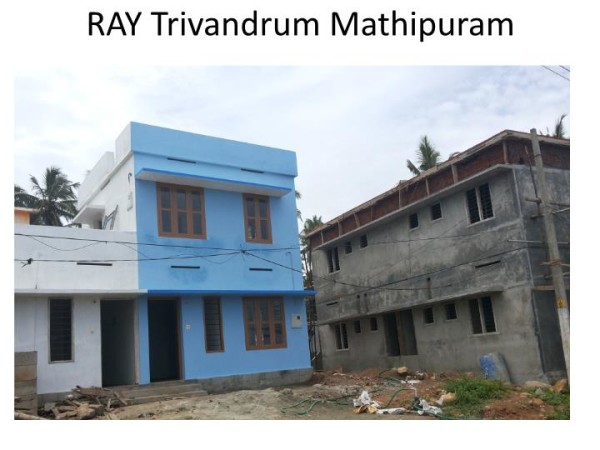 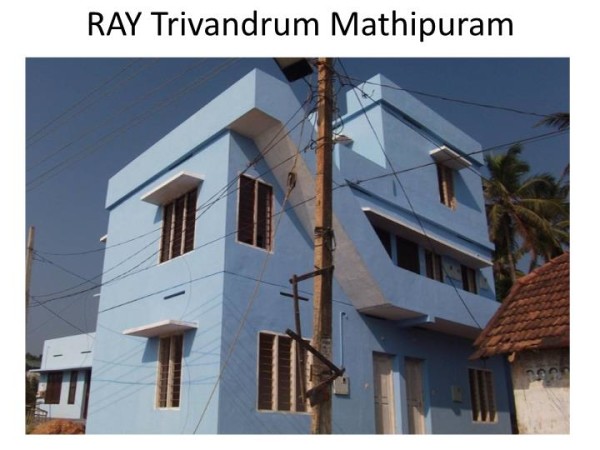 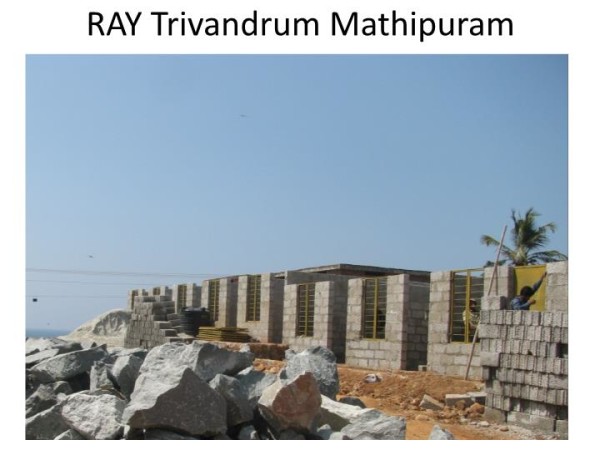 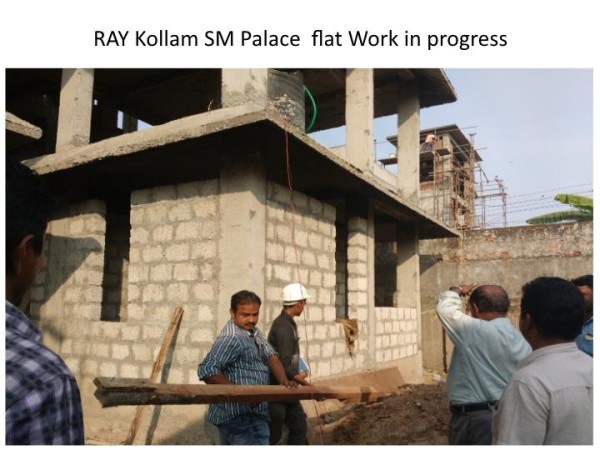 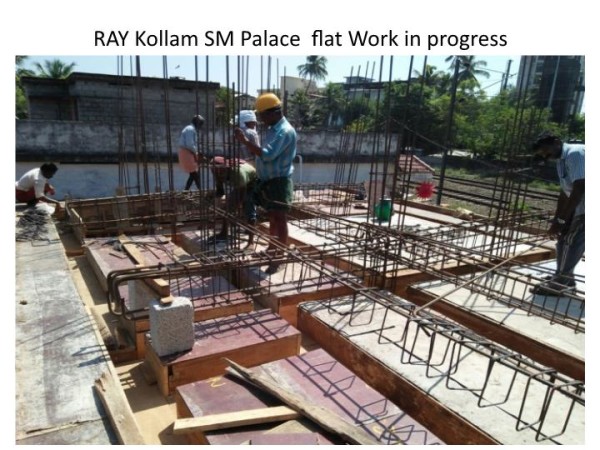 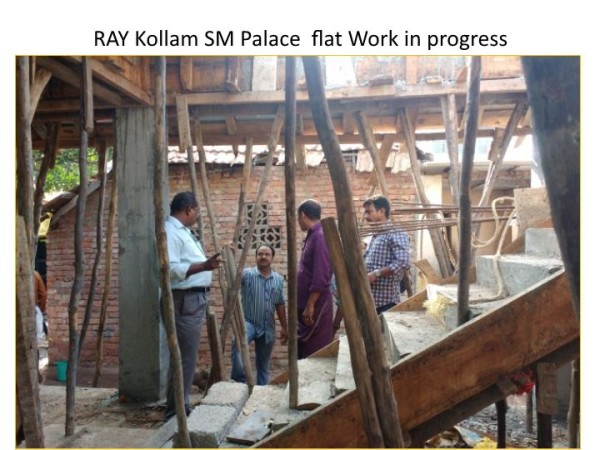 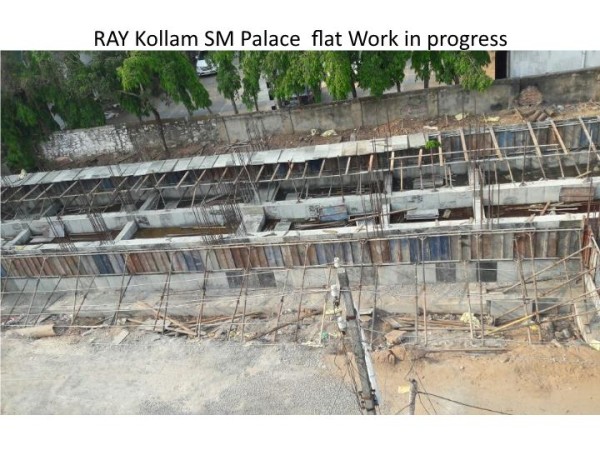