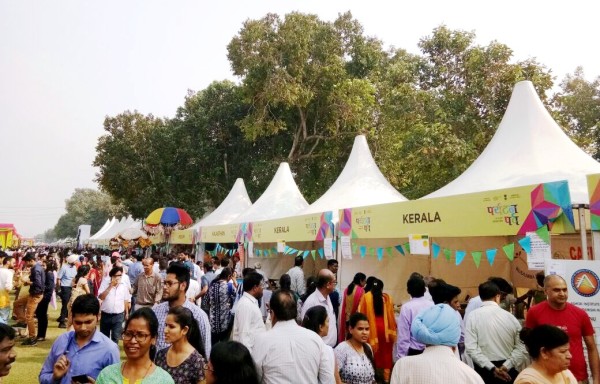 Kudumbashree shined at Bharat Parv, event organised by Ministry of Tourism at Rajpath Lawns, near India Gate, New Delhi from 23 -25 October 2017. The event was inaugurated by Shri. Rajanath Singh, Minister of Home Affairs, Government of India. Shri. Alphonse Kannamthanam, Minister of Tourism, Government of India presided over the function.The event celebrated the rich cultural, ethnic, cuisine diversity of India and to exhibit India's richness of cultural diversity before world and thereby promoting the tourism prospects of India.

Paryatan Parv, an all India tourism promotion event was organised by the Ministry of Tourism from 3-25 October 2017. Bhaarat Parv was organised as part of Paryatan Parv. Traditional Art forms, cultural dances, ethnic handicrafts and cuisines was staged at this three day event.

Along the with traditional art forms and handicrafts, Kerala's ethnic range of cuisines were presented by the Cafe Kudumbashree units promoted by Kudumbashree Mission before the global and national gathering that visited the event place. Two Cafe units, each from Alappuzha and Kozhikode, exhibited the wide range of ethnic tastes particularly belonging to central Travancore and Malabar respectively. Cafe Kudumbashree food court got wide appreciation and very good responses from the masses gathered to view the celebration of India's culture. The food stalls of Kerala attracted the crowds for the entire duration of event. 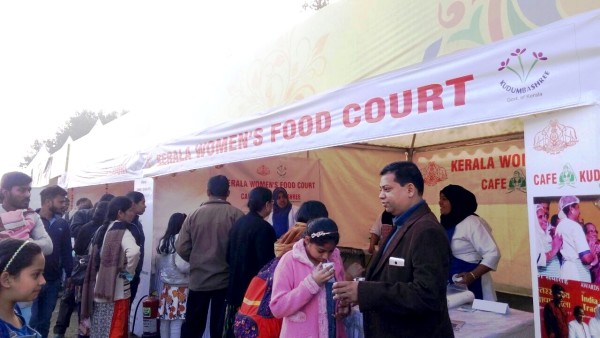 As part of the Republic Day 2018 celebrations, the ‘Bharat Parv’ was organized by the Government of India at the Red Fort, Delhi from 26th to 31st January, 2018. Smt. Rashmi Verma, Secretary, Ministry of Tourism was inaugurated the event at 5.00pm on 26th January,2018. The prime objective of the event is to generate a patriotic mood,promote the rich cultural diversity of the country and to ensure wider participation of the general public. The highlights of the event include Display of Republic Day Parade Tableaux, Performances by the Armed Forces Bands. A Multi-Cuisine Food Court, Craft Mela, Cultural Performances from different regions of the country and Photo Exhibition by the Directorate of Advertising and Visual Publicity (DAVP).

The cultural performances include choreographed fork/tribal dances and music arranged through the north zonal cultural centre as well as performances by cultural troupes from the different states/UTs of the country. The food court which was set up by the states/UTs ,National Association of Street Vendors of India as well as by the Institutes of Hotel Managements and ITDC. This time a live Cookery Demonstration was conducted to promote cuisines of different States of India. 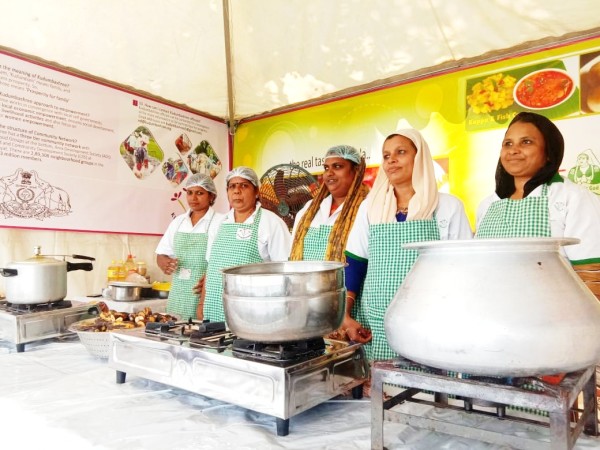 Kudumbashree makes its mark embroidered in Paryatan Parv 2019-20. The event, organised by the Ministry of Tourism at Rajpath Lawns from 2nd October to 6th October in conjunction with 150th Birth Anniversary of the father of our nation, Mahatma Gandhi. Kudumbashree women from Palakkad and Thrissur represented the Mission and our state in the event. The traditional ethnic cuisines were served and those unique tastes won many hearts. The units also participated in the cooking demonstration organised by IHM,Pusa as part of the event. As a gesture of pledging allegiance to the national tricolour, the Kudumbashree women chefs made tricolour rice cake and Chicken Kadambu in the demonstration event and received applause. The Kudumbashree catering units participation was managed by AIFRHM. The sales details are as follows 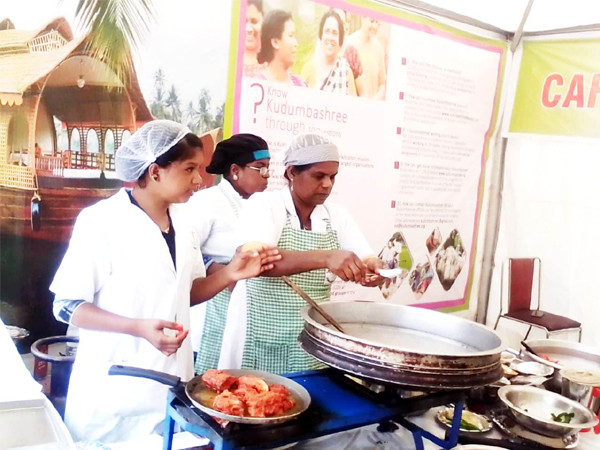 Bharath parv 2020 was held from 26 th to 31 st January 2020 at Red Fort New Delhi organised by ministry of tourism as part of the republic day celebrations. Kudumbashree was represented by Three units from three districts Ernalaukam, Idukki and Kozhikode. Kudumbashree was able to attract the attention of the fair by providing some of kerala’s delicious dishes like Neyypathiri, chattipathiri, Malabar dum biriyani, kerala fish fry.They are also participated in the cooking demonstration organised as part of the event. Kudumbashree food court was managed by the Kudumbashree training team AIFRHM.The sales details are as follows